Elegant Lacey vs Bronze lacey but all fakies~

So i mentioned i'm wearing fake nails form last post, and here it is... 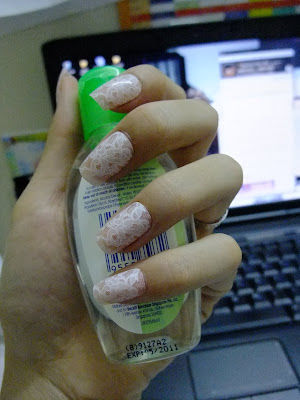 Bought is for quite some time but didn't have the mood wearing it, just thought it looks very nice so i bought and keep it... 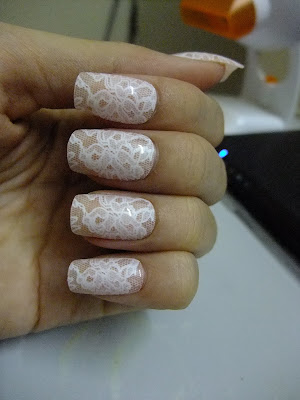 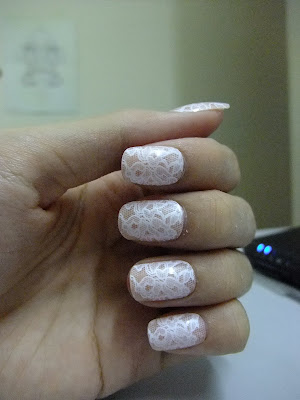 I file it down to the length that i'm comfortable with, so i don't need to make myself spending time getting use of having long nails (at least longer than my current one..) for just few days... 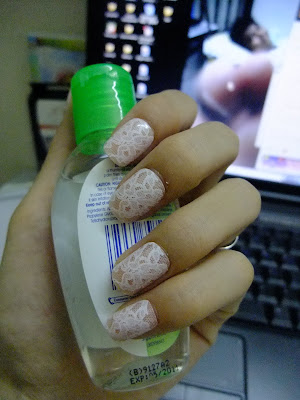 I get frustrated on the second day, cause i can't play with nail polish whenever i want, but i still wanted to have long fake one, so i took it off and wear a new set of nails... 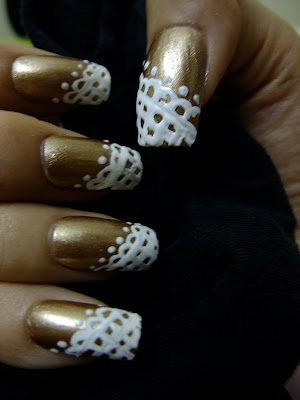 Unlike the previous one, i draw and paint this set of nails.. 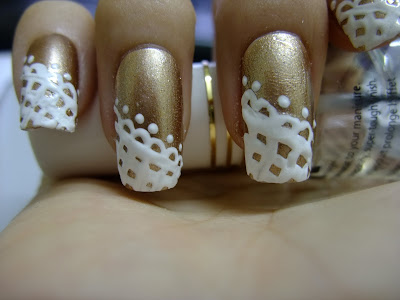 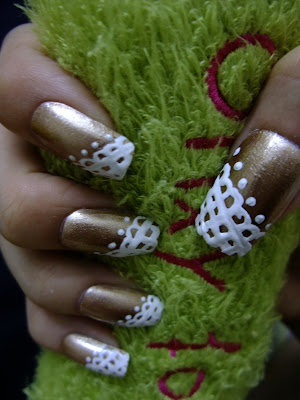 But it only be on my nails for few hours, before i got frustrated again on them.
Not that i don't like what i made, but emo problem i'm just not happy with anything i'm doing... T.T never mind, i'll be fine soon...


Ok i'm tired and sleepy now, show you guys what's on my fingers now tomorrow after i came back from uni good night world~


And thanks to those who comments and subscribe my blog, i really appreciate it!
Muack! :p
Posted by yours truely Unknown at 3:19 AM

Email ThisBlogThis!Share to TwitterShare to FacebookShare to Pinterest
This is under Fakies~, the extraordinary~

The first set of nails you showed were very pretty, I like the design on them. I also like the nail art you painted on your second set, very elegant!

I know what you mean by taking off the polish and going again haha.

Tehee.. i went shopping yesterday and found some fabulous mani from manicure book, heahea, gave me some new idea that i always wanted to do but due to my skills..... T.T But i still tried my best..

Will show you later^^ going for breakfast now... hehe..

I LOVE the nails in the first couple of pictures. They look very feminine and really pretty!

Thanks! But it's still fake one, i wish i can have such skills to draw lace in more details by my own..

Pretty manicures. I love you design. Looks like icing on a cake. Very pretty.

Oh i never thought of it until you told. Saw You Tubers done it before so i thought i could give it a try as well..
Thanks :)

About Rachel that is me